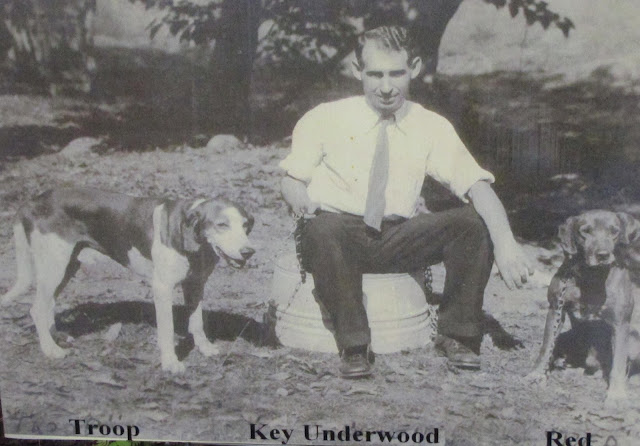 Key Underwood loved his coon dogs.  He and his beloved dog, Troop, hunted together for fifteen years before Troop died.  Mr. Underwood wanted to honor his friend by doing something special. 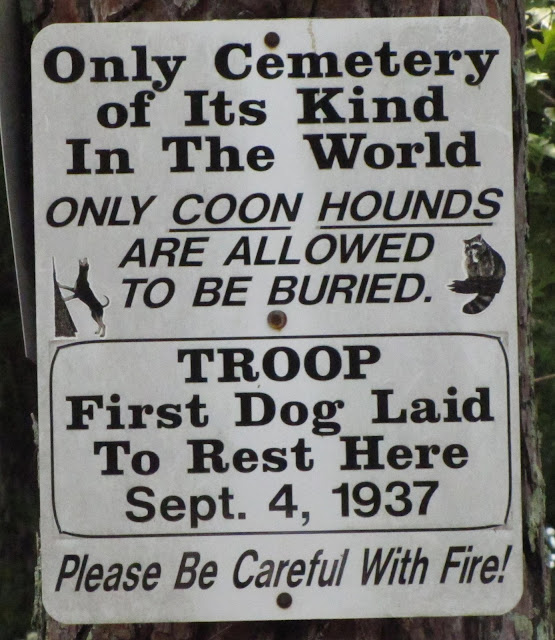 On Labor Day in 1937, Mr. Underwood buried Troop near a popular spot in the woods where hunters gathered to listen to their dogs run and swap stories.  Other hunters began burying their dogs near Troop's grave, and the area became known as the Key Underwood Coon Dog Memorial Graveyard. 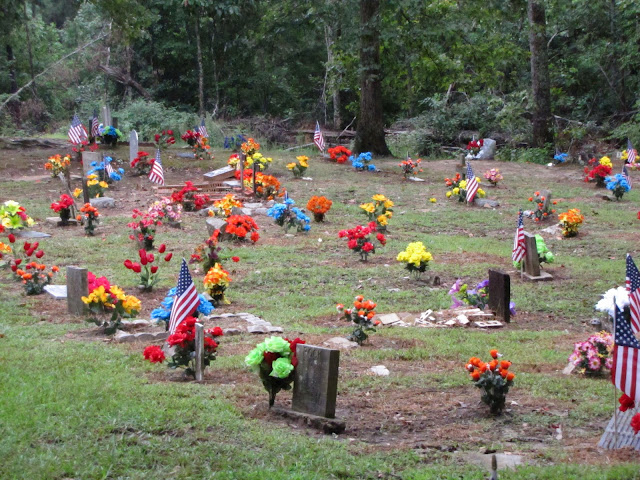 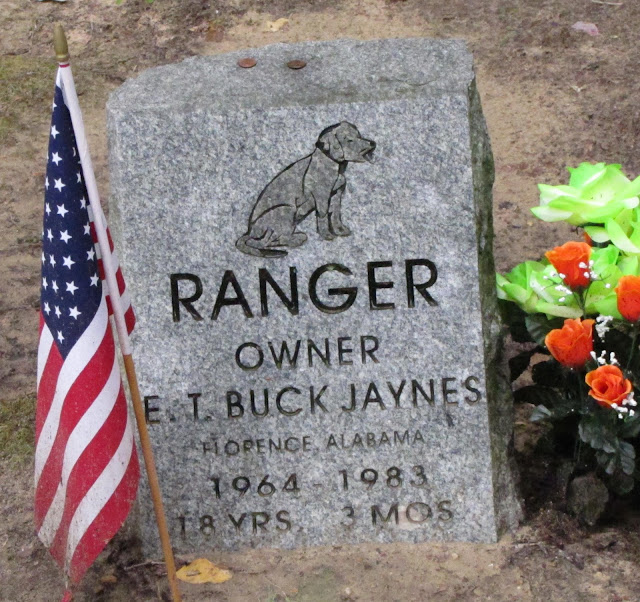 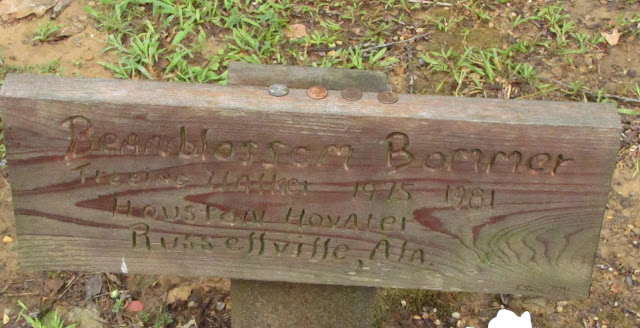 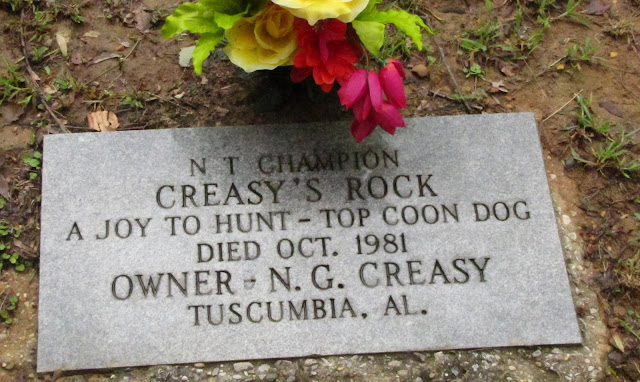 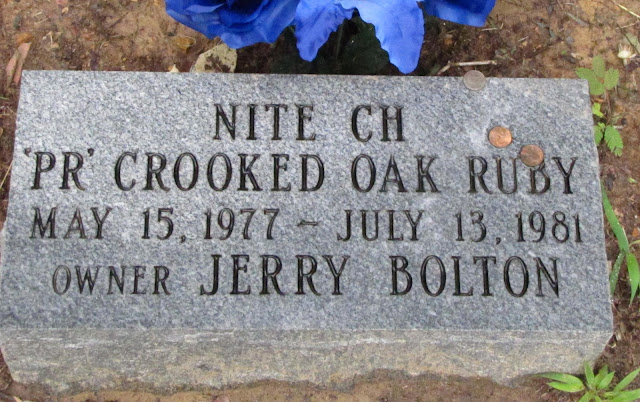 I am embarrassingly ignorant of coon dog folklore, so I don't know why there are pennies on the stone.  Please enlighten me if you can. 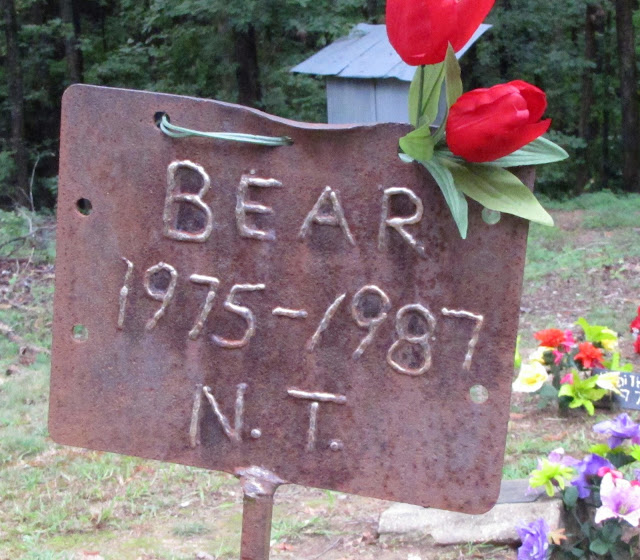 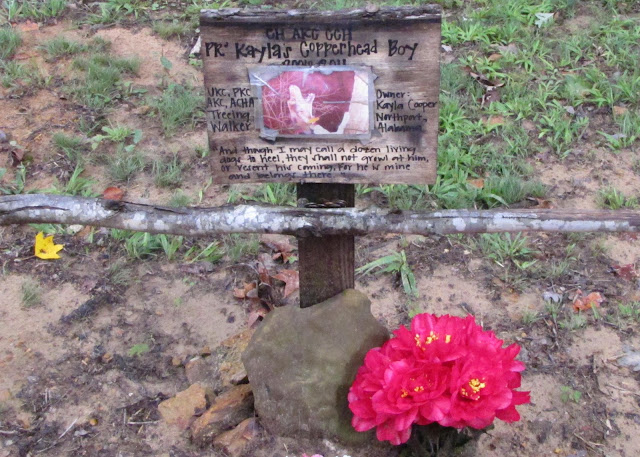 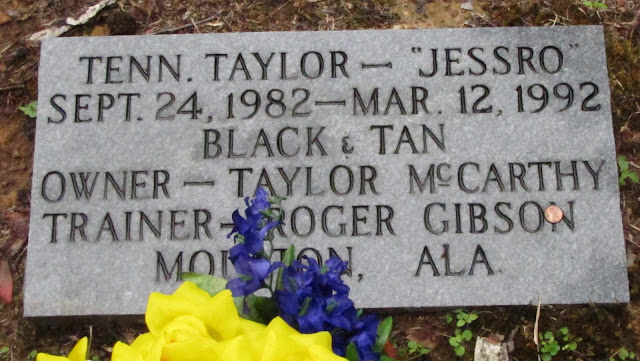 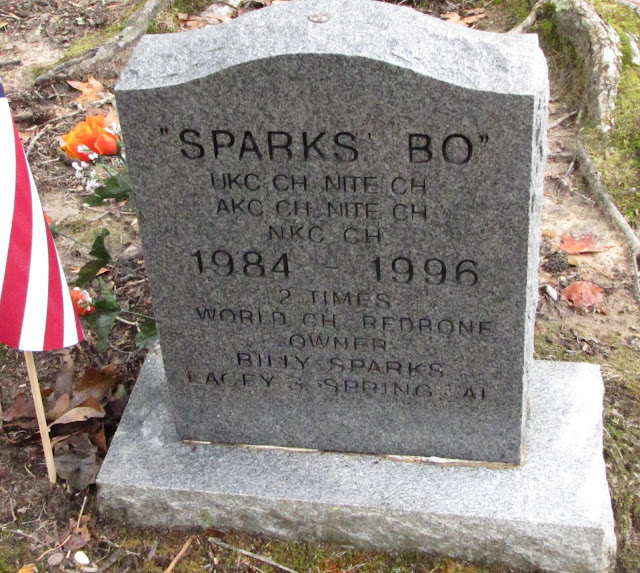 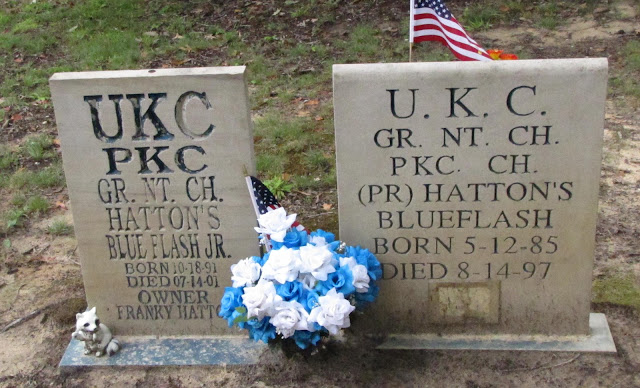 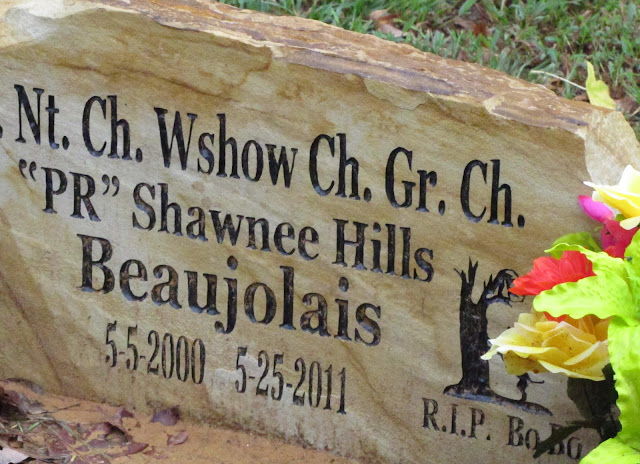 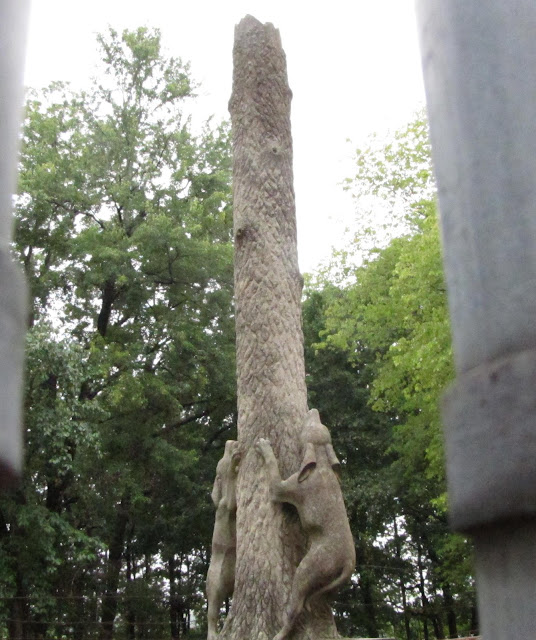 In a 1985 interview with columnist Rheta Grimsly Johnson, Mr. Underwood stated that a California woman had contacted him wanting to know why he wouldn't allow other kinds of dogs to be buried
in the graveyard.  His response:

You must not know much about coon hunters and their dogs, if you think we would contaminate this burial place with poodles and lap dogs.


I told you coon hunters were serious about what they do.

For 75 years, there has been a Labor Day celebration at the graveyard with food, music, crafts, clogging, and storytelling.  We attended for the first time on Monday, and it was a great day.  The music was good, the smell of barbecue filled the air, and we loved seeing many old friends.

Ole Troop would have been proud.

Popular posts from this blog

October 29, 2013
If you ever wander in old cemeteries, and I know many of you do, you are bound to see some cedar trees.


The tradition goes back to the early days of the United States and even earlier  in Europe.  Cedar trees were not always used, but some type of evergreen trees were planted because they were a symbol of everlasting life.  Some Cherokees believed that cedars contained powerful spirits, including the spirits of the departed buried beneath them.


Perhaps because they are known as burial trees, there are many superstitions that surround cedars.  My grandmother told us in no uncertain terms that if we planted a cedar tree, we would die when it was large enough to shade our graves. Some others are:

Never transplant a cedar tree; it will bring bad luck.

If you transplant a cedar and it dies, you will die shortly.

Planting a cedar tree in your yard welcomes poverty.

Some say Christ was crucified on a cedar tree, and will bring bad luck if you burn it.

Most Southerners born before air-conditioning shut off the world fell asleep to their plaintive cries.

They nest on the ground, sleeping during the day. From dusk to dawn, they use their superior vision to find and devour flying insects, repeating their name between bites.

They are the stuff of folklore. American Indian legend says their song was a death omen. Their habit of flying near cows and goats in search of insects caused them to be called "milk suckers".

My daddy would sit on the porch in the early spring and listen for the first whippoorwill's call. He said that it was safe to plant cotton without fear of frost killing the seedlings after the whippoorwills started singing. Because their breeding habits correspond with certain phases of the moon, he was most likely correct.

Somehow, the call makes us lonely, and has become a symbol for melancholy. Hank Williams mentioned the whippoorwill in his song, "I'm So Lonesome I Could Cry."…
3 comments
Read more

Folklife Fridays: Planting by the Moon

For centuries, people have used the moon phases to determine when to plant their gardens and fields. Our generation is forgetting this; we have planting guides, whole books on gardening, and the weather channel.

When I was a child, not so long ago, my parents and their peers always had a Farmer's Almanac that showed the planting dates for different kinds of vegetation. Drug stores and feed stores gave away complimentary calendars at the beginning of the year, showing the proper planting dates at a glance, knowing their name would be prominently displayed all year long.

My mother would try to explain it to us; the 'sign' in the legs meant one thing, in the arms meant something else. I never understood it, but she knew it as well as we know our birthdays or Social Security numbers. She planted according to the Moon signs, unless a flood or some other catastrophe prevented it. My daddy, on the other hand, believed in planting when th…
2 comments
Read more